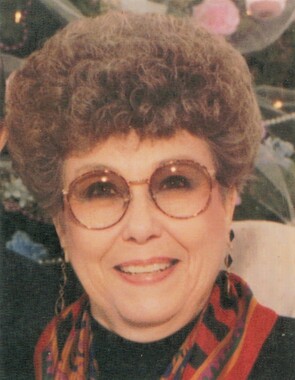 Back to Wilma's story

Jeannie (Brand) Martin, (Nannie), 84 of Warner, Oklahoma went to her heavenly home on Thursday, August 29, 2019 in Muskogee, Oklahoma. Jeannie was born on September 18, 1934 in Onapa, Oklahoma to Dallas and Opal (Russell) Brand. She married the love of her life Bill J. Martin in Fort Smith, Arkansas. They enjoyed over 63 years of marriage together. Jeannie earned an associate degree from Connors State College. She furthered her education at Northeastern State University where she earned a Bachelor of Science, Master of Administration in Elementary Education, and Master's in Guidance Counseling. Also, she received a Public Administration degree from the University of Tulsa.

While living in Warner, she taught English and psychology at Connors, as well as, being the Director of Food Services. She then transitioned to Warner High School where she taught English and was a counselor for thirteen years. Finally, she became Warner Public Schools first female principal for the next seven years. Throughout Jeannie's tenure she was honored to receive Muskogee County Teacher of the Year in 1976 and Principal of the Year for District 17.

Jeannie was a lifelong member First Baptist Church in Warner, where she was saved as a young woman. During her 28 years in education, she was a member of nine educational associations. To her grandchildren and great-grandchildren, she was known as Nannie. Nannie was a great cook and loved to sew. They looked forward to her homemade breakfasts, Christmas stockings, and apricot fried pies. Many of her former students enjoyed her homemade baby quilts with handwritten notes for their new arrivals. Nannie was always hospitable. She had a knack for telling you what you needed to hear, and not what you wanted to hear.

A special word of thanks is given to the staff of Dogwood Creek in Muskogee and Transitions Hospice for the kind, considerate, and loving care they extended to Jeannie during this time.

In lieu of flowers Jeannie's family has requested a memorial scholarship in Jeannie's name at Armstrong Bank for Warner Public Schools. Jeannie's family will receive friends from 5:30 p.m. until 7:30 p.m. Friday, September 6, 2019 at Cornerstone Funeral Home.

Funeral services are under the directions of Cornerstone Funeral Home, 1830 North York Muskogee, Oklahoma. Condolences may be made to the family online at www.cornerstoneofmuskogee.com
Published on September 3, 2019
To plant a tree in memory of Wilma Jean Martin, please visit Tribute Store.

Plant a tree in memory
of Wilma

A place to share condolences and memories.
The guestbook expires on December 02, 2019.

Restore the guestbook to view the 6 more posts by family and friends, and share a memory or message of condolence of your own.