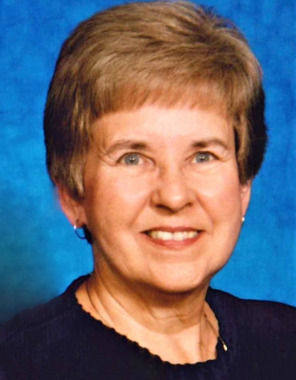 Back to Shirley's story

Shirley Haney, 83, of Muskogee passed away Monday, February 3, 2020. She was born to Odus and Anna (McCrary) Evans on March 14, 1936. Shirley grew up in the Warner area where she met the love of her life, Bill Haney. They were married on September 4, 1953.
Shirley attended Warner High School, Connor's State College, and Northeastern State University where she graduated with a double major. She began her teaching career at Porter High School. She taught students at Hilldale School as well making a positive impact on many young lives. Shirley was voted Teacher of the Year at Hilldale School.
Shirley enjoyed square dancing in her earlier years, camping, and going on trips with her family. She especially enjoyed touring Branson at Christmas time.
She was a devoted wife, mother, grandmother, great grandmother, and great, great grandmother.
Shirley was preceded in death by her parents, Odus and Anna Evans; brother, Leamon Evans; and grandson, Danny Joe Herndon. She is survived by her husband, Bill Haney of the home; daughters and sons-in-law Lori and Gary Hedgpeth, Patti and Danny Herndon, and Lu Ann Stobaugh of Muskogee. She had eight grandchildren, six great grandchildren, and one great, great, grandchild as well.
There will be a private family service held at Cornerstone Funeral Home with Cardell Coppin officiating. Burial will follow at Warner Memorial Cemetery.
Funeral services are under the direction of Cornerstone Funeral Home, 1830 N. York Street, Muskogee, OK. Condolences may be made to the family online at www.cornerstoneofmuskogee.com.
Published on February 7, 2020
To send flowers to the family of Shirley Ann Haney, please visit Tribute Store.

Send flowers
in memory of Shirley

A place to share condolences and memories.
The guestbook expires on May 07, 2020.

Hazel Cagle & Marta Cagle Thomson
To the Haney family,
My Mom wanted me to tell you she’s sorry to hear about your mother. Shirley was such a lovely person. We will keep you and your family in our Prayers.
I remember all the wonderful times we had at Keefeton school.
Marta Cagle Thomson
mmcthomson@aol.com
View all