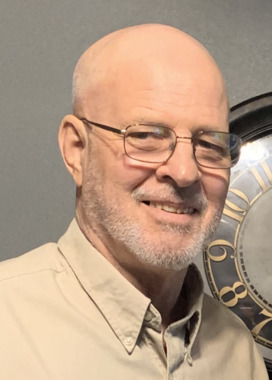 Robert Merrill 'Merle' Hamilton, 65, passed away on Sunday January 5th, 2020. He was born to Robert Grant Hamilton and Lorraine Merrill Hamilton in Long Beach California. He was the middle child to two older siblings and two younger. Football was his favorite sport. He played for Neff high school and received 'All LA' and 'All Orange County'. After graduating in 1972, he played college football at Cerritos and West Texas, where he received a scholarship. It is what brought him to Texas; where his two daughters live, and Oklahoma, where his 4 children and the love of his life resides.

He worked various occupations throughout his life, but the longest and most enjoyed was truck driving. He "drove over a million miles". He met his wife, of 31 years, Michelle Hamilton, in 1988, in Turpin Oklahoma. They moved, in 1992, to Muskogee with their two children. They settled down here, had two more children, and raised their beautiful family together. He was a loving son, husband, father, and grandfather. He will be missed dearly by everyone who loved him.

Funeral services will be 11:00 am, Saturday, January 11, 2020 at Lescher-Millsap Funeral Home in Muskogee.
Published on January 9, 2020
To plant a tree in memory of Robert Merrill Hamilton, please visit Tribute Store.

A place to share condolences and memories.
The guestbook expires on April 08, 2020.

Terry Baker
My deepest condolences to the entire Hamilton family. I grew up with Bob and played football with him, Pop Warner through high school. We were neighbors in La Mirada, CA in the 60’s and 70’s.
View all