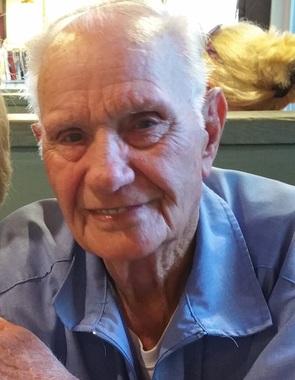 PFC Robert (Bob) Otis Brewster was born April 21st, 1927 in Fort Cobb, Oklahoma to Jared and Edna Brewster. He was the 1st of 4 children; all boys.
Bob was drafted into the United States Army in November of 1945 and initially went into service at Fort Ord, California in the 63rd Infantry Regiment. He was later shipped to Chonja, Korea where he drove a personnel hauler transporting officers and cartographers. He was honorably discharged in December of 1946 and went on to graduate Central High School in OKC in 1947.
He met Earlene, his wife of 68 years, in Oklahoma City in 1950. They were married March 15th, 1951. He loved Earlene tremendously and showed that by spending the last 5 years of his life making two (24) mile trips each day to the nursing home to care for her.
Bob enjoyed gardening, working on old cars, playing cards with family, fishing and spending time with his brothers and their spouses. He really loved the Lord and was always active in church.
He was preceded in death by his parents, his wife, his siblings Bert Brewster and John Brewster, his son Bobby Brewster and daughter Valenda Huggins.
Bob is survived by his son Steve Brewster of Braggs and wife Cathy, son Ronnie Brewster of Bartlesville, OK and wife Angie, son-in-law Harley Huggins of Warner, OK, brother Jerry Brewster and wife Sue of Seven Points, TX, Sister-in-law Sharon Brewster of Fort Smith, AR nine grandchildren,13 great grandchildren, a large extended family and numerous friends.
Published on February 29, 2020
To plant a tree in memory of Robert O Brewster, please visit Tribute Store.

A place to share condolences and memories.
The guestbook expires on May 29, 2020.

The NCC band- We Love the Brewsters

Heartwarming Thoughts Boston Fern was purchased for the family of Robert O Brewster by The NCC band- We Love the Brewsters.  Send flowers

Wanda Bonicelli Kempson
I have such fond memories of Bob and Earline. He was the choir director at Central Assembly when I first started to attend there. He was so anointed, his face just glowed when leading the singing! We had a lot of fun at choir practice and many blessings. They were a wonderful couple. Great Christians!
May the Lord bless and comfort you.
Toni Cox
I didn't know Bob very well, however, what I did know of him was his love for his wife, his family and his God. He had a quiet and gentle spirit that exuded the love of the Lord. It was always a pleasure to be in his presence. My deepest condolences to the family. May God bless each of you with His peace and comfort during this time of loss.
Jayne Henry
I blessed having known both Bob and his wife. He is happy now he is with her. Nurse from GNC. Loved them both.
Dale & Darlene Thomas
So sorry for your loss of such a wonderful Christian father. You can hold your head high to have had such an honorable father and friend. Love you guys.
We love you Brewster Family, love the Halsteads

America the Beautiful was purchased for the family of Robert O Brewster by We love you Brewster Family, love the Halsteads.  Send flowers

Sharon Brewster
What a blessing to have been a part of the Brewster family for the past 27 years. My phone calls from Bob always ended with "love you little sis" Aww the memories We all have of this very special man that I lovingly called my brother. Know he's rejoicing with Earlene.
Peggy
I share Bob's love for old cars and he was so kind, I talked to him about his all the time. One day I stopped on the road beside his house with my tongue hanging out, starting at one of his cars he told me to get out and come look, he let me and my son sit n it and check it out. I'll never forget his kindness!
View all 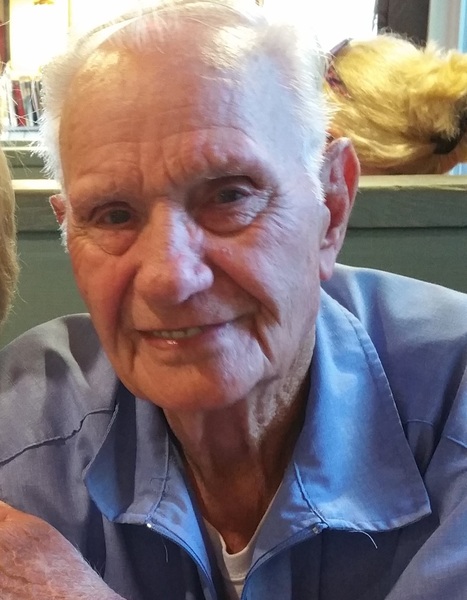