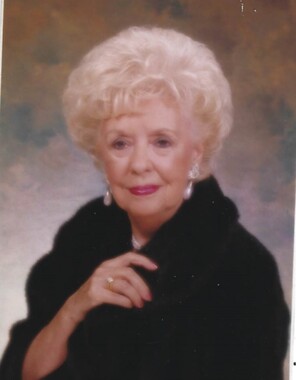 Back to Rana's story

Longtime resident of Muskogee Rana A. (Stewart) Mayo was born on July 13, 1924 in Hindman, Kentucky to Kay and Salley Ann Stewart. She died on December 6, 2019 in Muskogee Oklahoma. Her family moved from Kentucky as a child to Titanic, Oklahoma and living on a farm and helping her father operate a local Country Store. She graduated from Stillwell High School and attended Northeastern College. She taught school for a period of time. After World War II, she married Gilbert Mayo upon his return from the army. After the birth of their son they made their home in Muskogee, Oklahoma where their daughter was born. Rana was employed by Hembrees Tot Teen until her retirement. During this period Gilbert and Rana adopted a daughter Cindy Mayo. Rana enjoyed her family and being around them as well as dancing and country music. Rana was a member of Honor Heights Methodist Church of Muskogee, Oklahoma.

Services are under the direction of Foster-Petering Funeral Home. Friends may send condolences to the family at www.foster-peteringfuneralservice.com
Published on December 6, 2019
To plant a tree in memory of Rana A Mayo, please visit Tribute Store.

Plant a tree in memory
of Rana

A place to share condolences and memories.
The guestbook expires on March 05, 2020.

Roxie Shouse
She was a radiant and gracious lady to all having the great privilege of knowing her. Not a day passes when Friday morning comes around that it feels as someone is missing. She made my life better just knowing her. May her children be content with the. Fact that she is with God and He will help them them during this dark time. God bless you all.
Jon and Irene Stilwell
Prayers Debbie to you and your family for healing and peace. She was a "jewel".
Martha and Eric Steger
Cindy and family, so sorry for your loss. Hope you have sweet memories to comfort you. God's peace be with you.
From Jo,Jacci,Jeff,Stewart and Family

Sunny Memories was purchased for the family of Rana A Mayo by From Jo,Jacci,Jeff,Stewart and Family.  Send flowers

Donna Harding
So sorry for your loss. My Facebook has been messed up and I haven't been able to keep up with his your mother was doing. Linda Tye told me this morning at church . I am so sorry to hear about your mother. Deepest sympathy to you all. Love and Prayers, Donna
Karen, Lillian, Amanda

Medium Dish Garden was purchased for the family of Rana A Mayo by Karen, Lillian, Amanda.  Send flowers