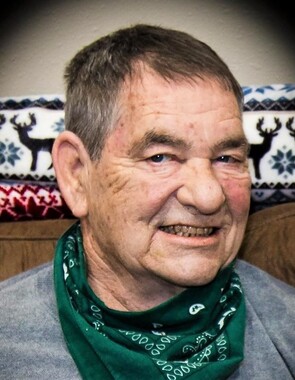 Back to Jimmie's story

Jimmie Ray (JR) Hutson, 73, of Muskogee, Oklahoma, passed away on Sunday, February 16, 2020 at his home. JR was born in Muskogee, Oklahoma on May 5, 1946 to Theodore Albert Ray & Robbie Lucille Hutson. He was 4th out of 9 children. His early school years were spent at Sequoyah Elementary School in Muskogee County. Then he attended Oktaha Public Schools, where he graduated in 1963. Following graduation, JR enlisted into the United States Army, and was active during 1966-1968. He served in the Korean War in the DMZ Zone. After returning home, JR met and married Wynona Kay McGuire on September 1, 1973. And on February 10, 1979, they welcomed home their son, Chad David Hutson.
JR attended church at Southeast Baptist Church in Muskogee, Oklahoma.
JR was a rancher. He loved working with his cows. He and Wynona even made a point to name most of them. If you were lucky, JR might have even named a cow after you! He also enjoyed bowling, golf, and watching sports of any kind. He and Wynona loved to travel, taking numerous trips over the years. JR was always up for visiting with family and friends. He never met a stranger. He would strike up conversations with anyone who was standing by him, whether they wanted to talk or not. He liked to make people laugh. But his favorite pastime was spending time with his grandbabies, Rylee, Myka, and Jep. They truly were the light of his life.
JR was a very devoted son, brother, husband, father, papa, and friend. He will truly be missed by many.
JR is survived by his wife, Wynona of the home. Son, Chad and wife Amber; granddaughters Rylee and Myka; grandson Jep, all of Muskogee. Sisters, Alta Davis, Judy Croftcheck and husband Tom, Wanda Stewart and husband Larry, Sandy Stout and husband Barry; Brothers, Mack Hutson and wife Carolyn, Kenneth Hutson and wife Sue, and Tommy Hutson; as well as numerous family and friends.
He is preceded in death by his parents, Theodore Hutson and Robbie Hutson. Brother-in-law, Bearl Davis, sister, Addie Reese and brother-in-law Jim Boy McGuire.
A celebration of JR's life will be 2:00pm Wednesday, February 19, 2020 at Southeast Baptist Church with Pastor Mike Murray and Reverend Adrian Totty officiating.
Funeral services are under the direction of Cornerstone Funeral Home, 1830 N. York Street, Muskogee, Oklahoma. Condolences may be made to the family online at www.cornerstoneofmuskogee.com.
Published on February 18, 2020
To plant a tree in memory of Jimmie Ray "JR" Hutson, please visit Tribute Store.

Plant a tree in memory
of Jimmie

A place to share condolences and memories.
The guestbook expires on May 18, 2020.

Bobby Stone
Dear Wynona and family, so sorry to hear of JR's passing he was truly one of a kind. So blessed to have the opportunity to meet you both and visit in your home. Seek HIM in the days and weeks ahead. He will meet every need. I am sure he arrived in glory to "The Applause of Heaven".
View all 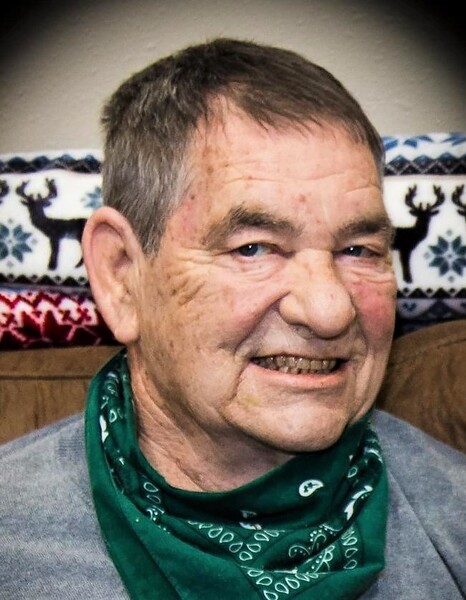