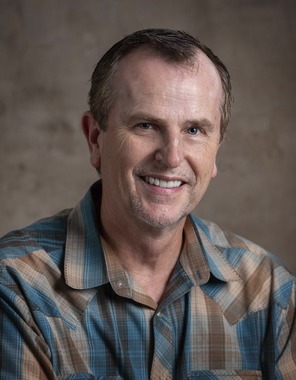 Back to Jim's story

Jim Paul Blair was born April 16, 1961, and entered eternity on February 11, 2020, surrounded by the family he loved so much.
Born in Odessa, Jim always bragged that he was a "Native Texan," but he was an Okie through and through. After graduating from Clayton High School, he received the T. Boone Pickens scholarship and became a Cowboy at Oklahoma State University. Jim studied accounting by day, but could be found making music with his friends every time he had the chance. While at OSU, Jim was a member of Student Entertainers alongside his sister Karen and some guy named Garth Brooks. He graduated with an accounting degree in 1984 while playing bluegrass with The Red Valley Barnstormers.
Jim began his career straight out of college, likely the only banjo pickin' accountant at PriceWaterhouse in Oklahoma City. Just as talented in the boardroom, Jim was made the CFO of The Rehab Group in Nashville only a few years later at the young age of 28.
The music continued while he lived in Nashville. He was an original member of the Neverly Brothers and the Neverly Hillbillies, and when he moved back to Oklahoma in 1998, he wasted no time. Jim quickly became one of the most enthusiastic Okies from Muskogee. Whether he was negotiating a hospital contract, touring Europe with City Moon, running the Oklahoma Music Hall of Fame, performing as Hank Williams or Buddy Holly, or leading the Muskogee Medical Authority and Foundation, Jim's body of work, music, and philanthropy overlapped in ways that changed his community for the better.
Jim loved his girls. Even while he was living his dream, he always encouraged his daughters to follow theirs-and he never minded footing the bill to make it happen. He was a beloved "Grandbubby" to three grandsons with whom he shared a love of music and baseball.
Jim loved his mother. He was so proud of her musical career and talent that surely paved the way for his. He loved his brother and two sisters, perhaps his first band as they grew up together singing and strumming.
Jim loved his wife. He enjoyed dropping everything and traveling on a whim with Katey. No plan was needed when he had his love and best friend by his side.
In his last days, Jim was held up in prayer by a host of friends far and near, none of whom can yet understand why his time here was so short. Jim packed much life and adventure into his 58 years, and he wherever he went-laughter, joy, and music followed.
Jim was preceded in death by his father, Jim, nephew John Michael Gore, grandparents Tecie and Johnnie Blair, Ben and Marie Reed. He is survived by his wife, Katey, his three children Jessica Theilken (Kyle) of Dallas, Valerie Henderson (Kelly) of Eagleville, Tennessee, and Cassidy Blair, Nashville, Tennessee; grandchildren Knox, Ryder and Jack Henderson, Eagleville, Tennessee; mother Ramona Reed Blair of Clayton, OK, sisters Marsha Gore (Skip) and Karen Smallwood (Dusty), brother John Blair (Heidi), Chesterfield, Virginia. Nieces and nephews, Sara Jane Smallwood-Cocke, Norman, OK, Blair Smallwood, Talihina, OK, Hayley Blair, and Ben Blair, Chesterfield, Virginia, cousins Mark Blair (Germantown, Tennessee) and Glendora Reed Karanikolis and Ted Reed.
In lieu of flowers, the family has requested donations be made at any Firstar Bank location benefitting WISH House or Oklahoma Music Hall of Fame. Both organizations are very near to Jim Paul Blair's heart. Please feel free to designate a preference. Mailing address is 510 N Main St, Muskogee OK 74401. Please made checks payable to "In Memory of Jim Paul Blair."
Memorial Services 2:00pm Saturday, February 15, 2020 at St. Paul United Methodist Church in Muskogee under the direction of Hibbs Funeral Home.
Published on February 13, 2020
To send flowers to the family of Jim Paul Blair, please visit Tribute Store.

Send flowers
in memory of Jim

Sandi Nance-Allison
So sorry to hear about Jim. He was such a kind & caring person. A great musician & entertainer. He will be greatly missed.
Emily Spivy - RSU TV
I had the pleasure of working with Jim for our new show "Studio 66." He, along with his band, were absolutely great performers. He was also a very nice guy, and I was hoping we would get to work together again.
DJ T-Bone (Max's Garage)
A great man that is sorely missed....Thoughts and prayers to his family and friends
Randy Shumard
Didn't get a chance to know Jim that well, but he always took the time to give a handshake and howdy whenever we had a chance encounter. Will miss his kindness, wit and humor.
Laurie Lawrence-Speed
To know J.P. was to love him. I’m going to miss my cousin and hearing about his spectacular adventures. My heart goes out to Katey, Ramona, Marsha, Karen, his daughters, and the many other family members and friends who are grieving. May it give you some comfort to know that J.P. is celebrating his homecoming in Heaven.
Brenda Fox Suddath
Ramona I am so sorry for your loss. Jim was one of a kind. He was so talented, just like his beautiful mama. Love you.
Vaughn Pugh, Clayton, OK
I have known Jim Paul Blair since his family moved back to Clayton, Ok and was fortunate to have had him in Vocational Agriculture and FFA at Clayton, where he and other talented FFA members entertained several times at our FFA Banquet. Jim would definitely be in my top ten most favorite overall students if I should ever make that list. We have kept in touch over the years, in person and Facebook and was so proud of him when he volunteered to perform at the Kiamichi River-fest in support of the Save the Kiamichi effort the past 2 years. When he informed me that he was coming (I was thinking Hankering for Hank or Bobby Holley) he informed me that he was going to do "Hillbilly
Funk" which ...I had not even heard of and was apprehensive about that. However, Harley Hamm ad Jimmy Jamm rocked the crowd and I got to sit and visit with his Mother and my favorite Yodeler, Ramona and Sister Marsha Blair Gore. He came from a great family, and made them proud. I would love to attend his memorial service tomorrow, but still running a fever from my own bout with the flu. Ramona, Marsha and Skip, Karen and Dusty, and John and Heidi, and family's I love you all and pray for strength through this painful tragedy.Read more
Molly Payne, KUSH Radio
I knew it was always going to be a great day when Jim Paul Blair was on the morning show schedule. Although I only knew him a few years, he always made it feel like we had been friends forever. I will never forget his quick wit, funny stories and amazing talent - and that one particular morning the Fun Girls supplied us Angry Balls on the air! When Jim started singing "I lost you to you..." I have to admit I got a little nervous. LOL Great memories of a great man. My sincere condolences to all his family and all who loved him. He made a lasting mark and the world a better place. He will be deeply missed. RIP JPB
Danny Green
I Remember the first time I met Jim it was at the park in Tahlequah where he was putting on a Great Show as Good ole Hank as a Great Tribute to Him or A Hankering for Hank an I had the greatest time in a long time I had just Lost the Love of my Life my Wife of 41 years Sandra" Tolliver " Green an Later on I got to be at G -Fest where I had more Great Time s so I Send my Condolences to the Family of a Great Man and Entertainer ALL I Can Say now is that he will be missed "AN WHO'S GONNA FILL THEIR SHOES " MAY GOD BLESS THE FAMILY AN WATCH OVER US ALL;
"🙏 DANNY G "🙏
Brenda Jones
I first met Jim when he was married to his late wife Tracy. He was always full of smiles and laughter. He was so talented and down to earth. He always would say hello and stop and talk when he saw you no matter how busy he was. Prayers for his family. He will be missed. Taken to soon.
View all