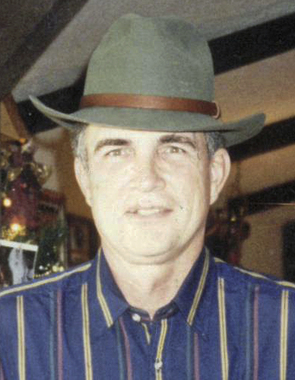 Back to Jerry's story

Jerry L. Patterson, 77, of Muskogee, Oklahoma passed from this life on January 18, 2020 at Brookdale in Broken Arrow with his family by his side.
Jerry was born on December 27, 1942 in Rensselaer, Indiana to Elaine Patterson Stath and Glen Patterson. He attended all 12 years of school in Mount Ayr, Indiana. After moving to Oklahoma, Jerry graduated from Northeastern State University with a Bachelor's Degree in business administration.
Jerry met Caren at a dance. While dancing, she told him she was fourteen. He stopped and told her to look him up when she turned 18 then left the dance floor (He was nineteen). Five years later, they met again then married. After having two little girls, Amy Janelle and Heather Lynn, they decided to move to Oklahoma to finish college. Jerry and Caren both worked in the library and took classes during the day and night finishing their degrees in 1972.
Jerry went to work for Gardner Denver in Pryor, Oklahoma until 1976. He then went into partnership with his father-in-law, Bill Rathbun, in cattle ranching near Haskell, Oklahoma. He ranched until 1995 when a disabling auto accident ended his career due to a spinal cord injury.
He was a family man and loved more than anything to have Amy and Heather with him on the ranch; preferring their company to anything else. He turned most things into teaching moments for them from pulling a calf to playing basketball or golf.
He will be forever missed by everyone who knew and loved him.
He was preceded in death by his father, Glen Patterson; mother, Elaine Stath; and father-in-law and mother-in-law, Bill and Dorothy Rathbun.
Jerry is survived by his loving wife, Caren Patterson; daughter, Amy Patterson Buchert and husband Darrin of Tulsa, OK, and Heather Paterson Talley and husband Jeff of Harrah, OK; grandchildren, Rylee Buchert, Reese Buchert both of Tulsa, OK, Tatum Talley and Madden Talley both of Harrah, OK; and many other family members and friends.
The family would like to thank Good Shepard Hospice and Jerry's caregivers, Lisa, Hillary (Hickory) and Cody (Coyote) for all of the dedication and loving care.
In lieu of flowers the family has suggested memorials be made to: the Christopher and Dane Reeve Foundation, Stem Cell Research at 636 Morris Turnpike Suite 3A, Short Hills, NJ 07078 or at christopherreeves.org/donate, and the First United Methodist Church of Muskogee, Oklahoma at: 600 East Okmulgee Muskogee, Oklahoma 74403.
A celebration of Jerry's life will be 2PM, Wednesday, January 22, 2020 at Cornerstone Funeral Home Chapel with Rev. Mike Smith officiating. Honorary pallbearers will be Rylee Buchert, Tatum Talley, Jeff Talley, Darrin Buchert, Ron Hickman, Mark Gelsinger and Jim Burley.
Funeral services are under the direction of Cornerstone Funeral Home, 1830 N. York Street, Muskogee, Oklahoma. Condolences may be made to the family online at www.cornerstoneofmuskogee.com.
Published on January 20, 2020
To plant a tree in memory of Jerry Patterson, please visit Tribute Store.

Plant a tree in memory
of Jerry

A place to share condolences and memories.
The guestbook expires on April 19, 2020.

June childress
So sorry for your loss Caren, Amy and Heather. He was truly a good family man. Prayers for you all.
View all