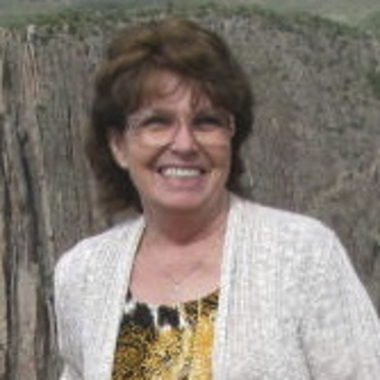 Back to Janet's story

Janet Tucker, 69, of Eufaula, passed away Saturday, June 11, 2016, at her home. Janet was born on April 1, 1947, in Bald Mountain, Oklahoma, the daughter of Billie Marie Gipson. She graduated from Stidham Highs School. On April 16, 1963, Janet married Jerry Don Tucker. They were happily married for 48 years. On October 24, 2014, Janet married Troy Smith in Hanna, Oklahoma. She was an example of a devoted loving wife. Janet was an outstanding homemaker, who knew what job was important. She was a loving, stable mother and grandmother. She never backed down from a challenge. She enjoyed cooking, baking, fishing and sewing. She was a member of the Hanna First Baptist Church.
Survivors include: her husband, Troy, of the home; her mother, Billie Marie "Dot" Britt; her sons, Darren Tucker of Yukon, Jerry Tucker, Jr. and wife LaResa of McCloud; her daughter, Shawna Maxwell and husband Cory of Newcastle; her stepdaughters, Amanda Alexander of Muskogee and Andrea Guadarrama also of Muskogee; fifteen grandchildren; six great grandchildren; her brother, Anthony Tucker of Oklahoma City; her sisters, Peggy "Anna" Lusti & husband Rodd of Muskogee. She is preceded in death by her husband, Jerry Don Tucker, Sr., her son, Stoney Tucker, sister, Suzie Bedford and a brother, Bill Tucker.
A funeral service will be held 2:00 p.m., Thursday, June 16, 2016, at the Eufaula First Baptist Church with Rev. Dusty McKeefer officiating. Pallbearers are Jerry Tucker, Darren Tucker, Justin Tucker, Ryan Danuser, Jason Alexander, and Eric Guadarrama. Honorary pallbearers are Jake Davis, Brandon Tucker, Tyler Maxwell and Levi Maxwell. Burial will follow at the Moore Cemetery under the direction of Hunn, Black & Merritt Funeral Home & Crematory. Online condolences may be made to the family at www.hbmfuneralhome.com.
Published on June 14, 2016
To plant a tree in memory of Janet Tucker, please visit Tribute Store.

Plant a tree in memory
of Janet

A place to share condolences and memories.
The guestbook expires on September 11, 2016.