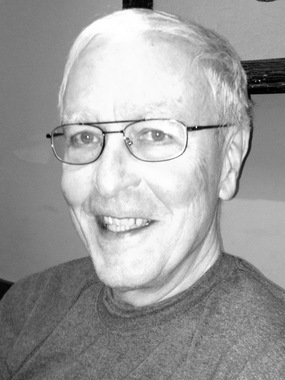 Elton L. Johnson, Jr. lost his valiant eight year battle with cancer October 4, 2016. Born in Chicago, Illinois, November 1, 1940, his family moved to Norman, Oklahoma. He graduated from Norman High School in 1958. He earned his degree in engineering in 1963 and his Juris Doctorate in 1966, from the University of Oklahoma, from the University of Oklahoma
He married Mary Lou Carter May 29, 1962. Following law school, he, Mary Lou and their son, Kyle, moved to Tahlequah for him to join the practice of Jack Durrett. Their daughter, AmyLeigh, was born in February 1969.
Johnson practiced law for 40 years, retiring in 2006. In the 1970's he served as a part-time referee for C. P. "June" Bliss, Judge of the Oklahoma Court of Criminal Appeals, writing approximately one opinion per week to help reduce the case load. In 1988 he was appointed by the Oklahoma Supreme Court as associate with the Oklahoma Board of Bar Examiners and served until his retirement.
He was a charter member of the Tahlequah-Cherokee County Rotary Club, a founding member of the Tahlequah Public Schools Foundation, and he helped organize the Indian Nations Soccer Club, serving as its treasurer.
Johnson enjoyed coaching soccer when his children were young and instilled a strong sense of teamwork and community in many Tahlequah children by yelling after each goal, "Who scored that goal?" to which his teams would yell back, "We did!". He and Mary Lou fed multiple Tahlequah High sports teams homemade pizza and shared the warmth of their home with many of their children's friends.
Elton loved photography, historical novels, music of all kinds, movies, OU football, orange slices and keeping up with current world events and politics. He shared those loves with friends and family, and he and Mary Lou touched the lives of many with their strong sense of commitment and family values.
He is survived by his wife of 54 years, Mary Lou; son Kyle, wife Tanya, grandson Sorel of Portland, Oregon; daughter AmyLeigh, husband Ryan, granddaughters Karter and Keva of Ypsilanti, Michigan; sister Sandra Waller and husband Jack of Amarillo, Texas. A private family memorial is planned. In lieu of flowers, donations may be made to Tahlequah Friends of the Library or NSU Foundation - Jazz Studies Program, Elton Johnson Memorial (NSU Foundation, 812 N. Cedar Avenue, Tahlequah, OK 74464). Final arrangements were placed under the care of Green Country Funeral Home, Tahlequah, OK. Online condolences may be left at tahlequahfuneral.com.
Published on October 8, 2016
To plant a tree in memory of Elton. L. Johnson, Jr., please visit Tribute Store.

Plant a tree in memory
of Elton.

A place to share condolences and memories.
The guestbook expires on January 05, 2017.