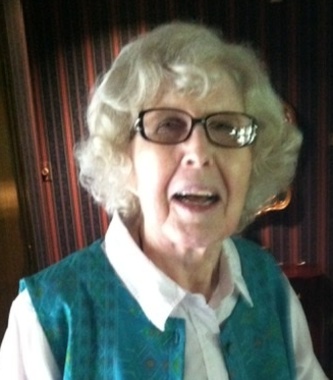 Back to Elizabeth's story

Elizabeth Ann Gann passed away peacefully Sunday surrounded by her devoted family.
Loving mother to four children - Raymond, Jeffrey, Bradley, and Maria.
Beloved grandmother to six grandchildren and three great grandchildren.
On June of 1958 Elizabeth earned a Masters Degree in Education at Eastern Oregon State University. She went on to teach Elementary School in Oregon, Louisiana, Oklahoma and finishing her career March 1996 teaching mentally handicapped for 13 years in Fort Smith Arkansas. After retirement she became involved in gardening clubs in Muskogee, traveling as often as she could, and spending time with her family.
Elizabeth was predeceased by her father Ray Baumeister, mother, Mildred Snyder, and younger brother Dorn Baumeister. She is survived by two brothers Don and Gary Baumeister, and a sister Cindy Harmon.
Services will be held Saturday, February 15th 11am at First Lutheran Church, 428 E Broadway St, Muskogee Ok.
Published on February 13, 2020
To send flowers to the family of Elizabeth Ann Gann, please visit Tribute Store.

Send flowers
in memory of Elizabeth