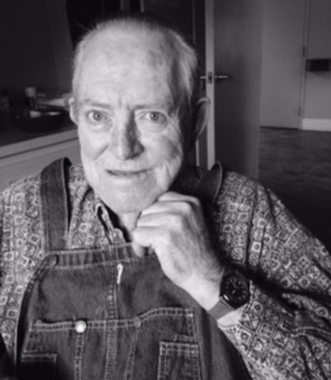 Back to Edward's story

Funeral services for MC Holderby are 10:00 am, August 3, 2017, at Green Country Funeral Home. Officiating will be Pastor Richard Cress. Pallbearers are Jeremy Holderby, Ryan Holderby, Cody Cook, Matt Taylor, Matt Wagers, and John Ladd. Honorary pallbearers are Rick Walker, Boyd Walker, Stanton Walker, Jerry Holderby, Joe Walker, and David Taylor. Interment will be held in the Holland Cemetery under the care of Green Country Funeral Home. Edward MC Holderby born September 23, 1936 in Qualls, OK to Eunice and Curtis Holderby. At the age of 5 his family was relocated to Stone Chapel community. He attended Tahlequah High School where he met and married his high school sweetheart, Goldie Sullivan. Their union produced three children, Debra Holderby Cook, Tim Holderby, and Jeff Holderby. MC was an educator starting in 1958 in Goodman MO and then moved to Muskogee Public Schools where he taught Industrial Arts. He later became a school administrator as Vice Principal in Junior High and High school then Director of Buildings and Grounds retiring in 1987. MC dedicated his life to God, his family and many friends. He wore many hats including jack of all trades and master of many. He could create beauty out of what most would consider junk and built many recreational vehicles including dune buggies, motorcycles, boats and campers to name a few. He is survived by his wife of 63 years, Goldie Holderby of the home. Sister, Jewell Linville. Sister-in-law, Patricia Holderby. Children: Tim Holderby and Sheila Barnhart, Jeff and Shelly Holderby and Donny and Karen Cook. He was Papa to his grandchildren: Ryan and Lauren Holderby, Cody and Mallory Cook, Eric and Stephanie Holderby, Jeremy and Jodie Holderby as well as being "Papa C" to 11 great-grandchildren. He found his greatest joy from helping others and spending time with his family. Other joys included hunting, fishing, camping, traveling and taking care of his farm. As his health began to decline, his wife, Goldie provided endless love and care until the moment of his passing while in her arms and surrounded by family on July 31, 2017 at the age of 80 years. He will be missed by all.
Published on August 2, 2017
To plant a tree in memory of Edward MC Holderby, please visit Tribute Store.

Plant a tree in memory
of Edward

A place to share condolences and memories.
The guestbook expires on October 31, 2017.

Restore the guestbook to view the 2 more posts by family and friends, and share a memory or message of condolence of your own.