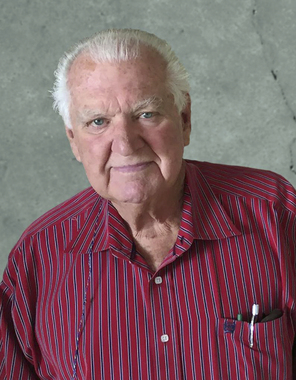 Back to Charles's story

Charles 'Charlie' Ralph Leggett, 82, passed peacefully on Monday, February 24, 2020 after suffering from several strokes.
Charles was born on September 1, 1937, a son of the late Vernon and Ruby Leggett and brother of Mary Keisel, also deceased. He married his forever love, Susan W. Leggett in 1976 in Oklahoma City. He leaves his loving memories to be cherished by his children, Susan O'Steen of OKC, Oklahoma, Karen Newell of Muskogee, Oklahoma, Mesha Sanchez of Tahlequah, Oklahoma, Brit Leggett of Muskogee, Oklahoma, and Wade Leggett of Morris, Oklahoma; along with 12 adoring grandchildren and 7 great-grandchildren.
He worked as an apprentice plumber after graduating from Okmulgee High School in 1957 and worked for Hogle Plumbing in Muskogee for several years before going into the plumbing business for himself. In 1969 he switched to the RV and mobile home supply business eventually growing into wholesale distribution in the industry. Charlie's interests included racing horses, fishing, golfing, and attending auctions.
Services will be held Monday morning at 11am at the Martin Luther King Community Center, 300 MLK St., Muskogee, OK 74401. Friends and relatives are invited to join us in celebrating the life of Charles.
If you desire to send flowers they may be sent to Cornerstone Funeral Home, 1830 N. York Muskogee, OK 74403.
Funeral services are under the direction of Cornerstone Funeral Home, 1830 N. York Street, Muskogee, Oklahoma. Condolences may be made to the family online at www.cornerstoneofmuskogee.com.
Published on February 28, 2020
To plant a tree in memory of Charles Ralph Leggett, please visit Tribute Store.

Plant a tree in memory
of Charles

A place to share condolences and memories.
The guestbook expires on May 28, 2020.

Hey Susan. Just wanted to say, I've tried to get your address to send you a card unsuccessfully. I'm truly so sorry you lost your best friend. I cant imagine the pain you are feeling. Please know I send my love & you're in our thoughts & prayers. Love you sis, Cathy & Jerry Scott

Dr. Gloyd Miller
Charley has been a special friend and client for many years. I have enjoyed taking care of the medical and reproductive needs of his horses.
ri
I and my son Erec Miller have enjoyed the Pheasant and quail hunting trips to Nebraska. It was quite a group involving Nolan Pevehouse, Ray and Jack Mcbroom, Double Dip and several others.
I am going to miss Charley. He was a great guy.
Susan and Wade I am feeling your loss.
The Dobbs Family
With deepest sympathy, we are sorry for your loss.
View all