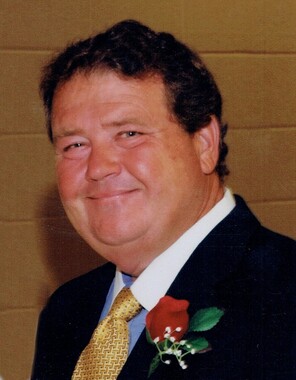 Back to Bud's story

Bud Morgan, longtime Muskogee resident was born July 2, 1954 in Little Rock, AR the son of Eugene Boyd Morgan Sr. and Delores Jean Fulmer Morgan. He passed from this life on March 9, 2020 in Tulsa. He was 65.
Bud was a 1972 graduate of Muskogee High School. In 1973 he started a career that would span most of his life when he opened Bud Morgan Wrecker, now known as Morgan Towing. He was a founding member and shareholder of Tow Times Magazine starting in 1981. Through the years along with the Wrecker Service he operated a taxi service in Muskogee, a demolition company and Morgan Medical Escort. Bud was a man with a big heart who was willing to help anyone in need.
Survivors include his three children Bubby Morgan and Keeley of Muskogee, Nik Morgan and Stephanie of Muskogee and Jordan Morgan and Amber Fite-Morgan of Florence, Alabama; bonus children, Danah Foltz of Muskogee and Chandler Foltz of Broken Arrow; grandchildren Eugene "Kort" Morgan, Dylan Morgan, Taylor Morgan, Easton Morgan, Jaxson Morgan, grand dog Bruiser, Londyn Dunaway, Piper Dunaway, Addy Wolfe, Wyatt Wolfe and Dakota West; siblings Vickie Williams and Gary of Skiatook and Craig Morgan of Tulsa; mother of his children, Sheryl Shelton of Muskogee; mother of bonus children Mindi Morgan of Muskogee; daughter in law Sheril Morgan of Muskogee; three nieces Dusti, Lacey and Chelsea and numerous other family and friends.
Funeral services will be held at 10:00 am Saturday March 14, 2020 at Boulevard Christian Church with Rev. Dave Howell officiating. Interment will follow at Greenhill Cemetery under the care and direction of Lescher-Millsap Funeral Home. Viewing will be Thursday from 1:00 pm to 8:00 pm and Friday from 10:00 am to 8:00 pm.
In lieu of flowers the family requests a donation in Bud's name be made to the Shriner's Hospital Transportation Fund, P.O. Box 1667, Muskogee, OK 74402.
Published on March 10, 2020
To plant a tree in memory of Bud Morgan, please visit Tribute Store.

Plant a tree in memory
of Bud

A place to share condolences and memories.
The guestbook expires on June 08, 2020.

Wonda Brown
On behalf of the late Lonnie Brown of B&B Wrecker Service family. Our condolences and comfort go out to you. Many memories took us back to those wrecker days. May you all be Blessed.
From your friends at Purpose Wrecker

Ocean Breeze Spray was purchased for the family of Bud Morgan by From your friends at Purpose Wrecker.  Send flowers

Julie Calaway-Carnes
Prayers for the family.
Mindi coursey
So sorry about bus passing, the morgans are in our prayers. Dan and mindi coursey
Lyndon Johnson

America the Beautiful was purchased for the family of Bud Morgan by Lyndon Johnson.  Send flowers

Wanda Heytz
Bud was always helpful and will be missed.
View all